Shown above is Jules Bacon, AAU Mr. America winner of 1943. It was said that Bacon had one of the finest physiques of his era

Bacon was an integral part of the early history and success of the York Barbell company and could often be found demonstrating exercises in articles and advertisements in Strength and Health magazine.

Maybe, on your best day, and with all the modern advancements in supplements, protein powders, and cell volumizers, you can build as much muscle and the kind of condition as Jules Bacon did 80 years ago. 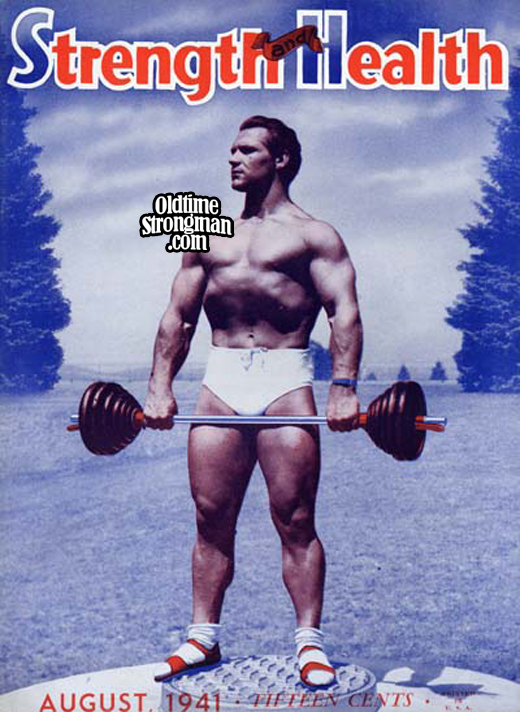 Frank Leight, AAU Mr. America 1942, is shown here with some classic globe barbells and kettlebells on the cover of the July, 1942 issue of Strength and Health Magazine. Frank Leight finished 2nd in 1940 (losing to John Grimek and 3rd in 1941 (again behind Grimek, and Jules Bacon) before finally winning the Mr. America contest himself in 1942.